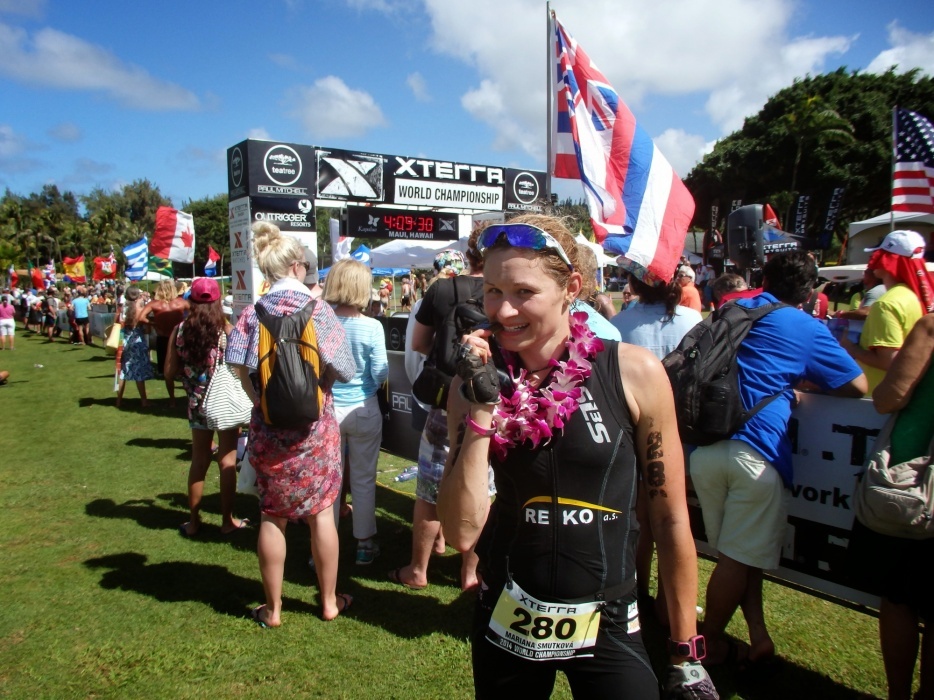 Markéta Roubalová and Mariana Smutková participated in one of the most important and prestigious triathlon event of the year. And how it all turned out?

The last October weekend, I along with my teammate Marian Smutková participated in the largest and most important Xterra triathlon event of the year - the World Championships in Hawaii. The race was held on Sunday, October 26, 2014 and was scheduled to start at 9 o'clock in the morning. A few minutes after professionals started in the waters of the Pacific Ocean on the beach golf resort Kapalua, sounded the starting gun for athletes competing in age categories.

Although we gave to swimming trainings a relatively large part of the final preparations, unpredictable flows and large waves surprised me anyway. One such wave became fatal to me in approximately ¾ of swimming when I lost my glasses, chip (split time measurements loss) and thus also precious seconds. The final time and the result of swimming surprisingly were not as tragic as I expected, after what happened to me (fourth and minimum distance to third place). Due to the extreme temperatures, I started the bike part carefully. There were 30 very tough kilometres in front of me. The trail took us inland to the north-western part of the island. First and last kilometres were technical single trail, the middle part rather broad dusty paths and endless steep uphill’s and fast downhill’s.

Especially in shady and technical passages, I felt good and I held fourth place in category. Around the 15th km began to literally hear technical problems with the rear derailleur. After that I have to go through another 5 km on 1 gear, on the 20th km my bike gave up completely.

A broken drop out means an end of racing with others, but started an internal race against time. I wanted to at least run with the bike in the limit to the pits; I was allowed to enter the running part and able to finish the race.
I have managed it, but I haven´t much energy left to run without bike. Under the heat of the noon sun, I crawled to the finish in a time 4:33:51, enough for eighth place in the category of 20-24years.