The last 108 km long stage from Tour of Fuzhou dominated in the sprint George Hochmann before Uzbek Ruslan Karimov and teammate Milan Kadlec. In the final overall classification Milan took the second place. "Today we had two tasks. Win initial speed premium, to move up Milan in the overall classification ahead of the Dutch rider Kers and we wanted to succeed in the final spurt. Both was achieved, so I am very satisfied," said Josef Kratina Dukla Prag coach.

The final spurt was uphill, but the track representative Hochmann succeeded. "I have won in China several podium places, but the first place until today was still missing. Guys started the end great and finally I made it! I am so happy for that. It was a very fast race and I think it was the best training for the track season that will started with Martin Blaha first weekend of December in Aguascalientes, Mexico, "said George Hochmann, who also won the jersey in the points competition.

Kadlec again except for the second place in the overall classification became a winner in the uphill competition. "It’s a pity that in the royal stage were at the end two Iranian excellent climbers. One by one attacking me and finally managed to break away, otherwise I could think about the overall victory, but anyway I am very happy, "said Kadlec. 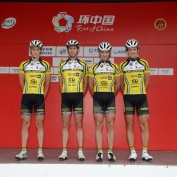 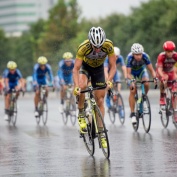 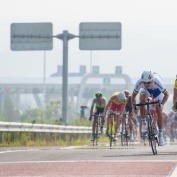 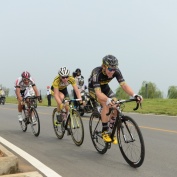 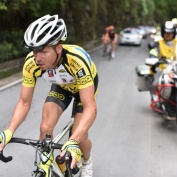 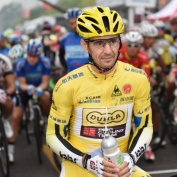