Jiří Bouška gets the prestigious prize Cycling King voted by Czech Cycling Federation, in a category of handicapped cyclists. Overall winner became Zdenek Stybar. Jiří received this award after a great season, he won the world title in the time trial title and added a third place in a road race championship. Thanks to these successes and stable year-round high performance, he dominated the ranking of UCI.

"For me it was one of the toughest seasons, but this effort managed to transform into outstanding achievements. Leadership in such a prestigious prize I really appreciate and being in the company of stars like Zdenek Stybar, Leopold König and Jan Barta is a great honor for me " 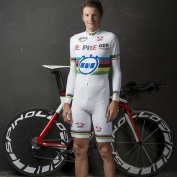 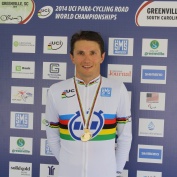